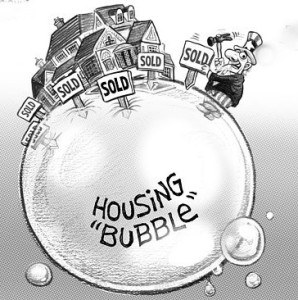 Almost 10% of all government sponsored mortgages entered forbearance which accounts for almost 841 billion dollars in loans. 4 in 5 workers say they live paycheck to paycheck, with around 30 million people unemployed, the numbers could be daunting. Yet the Nasdaq just hit a record high with stocks marching towards the sky. What is radically different in real estate in 2020 than 2008

What is in the data?
The Coronavirus has thrown the economy into a tailspin with 30 million unemployed and over 841 billion in mortgages in forbearance. This equates to almost 10% of all mortgages are in some sort of a workout/ forbearance situation where the lender is getting less than prescribed or no payments at all.

At the same time there have many multiple studies showing between 60 to 80% of all Americans live paycheck to paycheck. We all know that the pandemic interrupted allot of paychecks so what does this mean for mortgages?

A look back at what drove 2008 crisis
The best guide for the future is typically the past, in our case, we have a very recent “crisis” in the real estate market that occurred around 2008 that led to millions of defaults, bankruptcies, and the worst economic crisis since the great depression. What drove the last crisis?

Little to no equity: there was considerable speculation and it felt like everyone was now a real estate “investor” putting no money down, no income verification, and they had a house. When the market turned borrowers were upside down quickly.

More subprime/alt A: Subprime was the largest driver of mortgage growth and the programs were laughable with “stated income” and no verification of many of the statements.Variable rates: Many of the subprime mortgages were variable rates, as soon as rates began to move upwards it triggered a cascading effect of higher payments and defaults.

Lots of inventory: Prior to 08 there was considerable spec building leading to considerable inventory 2020 is radically different.

Lots of equity: Most real estate markets have recovered well above their 2008 peaks which has led to considerable equity by borrowers.
Tighter lending standards: Tighter lending standards have also led to higher equity in properties as the vast majority of mortgages require at least 15-20% down. Banks have been much more reserved in their lending in this crisis with much higher standards throughout the last 12 years.

Subprime is backed by the government: Subprime did not make a huge comeback in the recent economic expansion. The subprime that was out there (non Qualified mortgages) had much higher underwriting requirements than 2008. The low down payment programs were pushed to government programs like FHA and HUD which will leave the government, aka taxpayers on the hook for billions. Fortunately, this will likely not cascade through the housing market like the last crisis.

Very few variable rates: Variable rate programs are much more regulated as lenders have to underwrite the loan to see if the borrower can pay based on the maximum rate when it changes. On top of that, rates have remained low and will continue to do so which will eliminate payment shock.
Little inventory in most markets: Inventory never fully recovered from the 08 crisis which has enabled prices to increase and ensure little excess inventory to absorb in a downturn.

How will mortgages in forbearance perform?
Based on the last crisis we can start to make some assumptions. Borrowers with the least amount of equity will default more frequently than others. Fortunately, with the large amount of equity most homeowners have, the defaults will be nothing like 2008. There is one caveat, the government subprime programs like FHA and HUD with low or no money down will default at substantially higher rates than the rest of the market.

The good news is that the majority of the FHA/HUD loans are lower priced entry homes. This is the area with the least supply and most demand. The market should be able to absorb the coming defaults without much of a hiccup.

Summary
Mark Twain famously said that “history does not repeat itself but rhymes”. In 2020, we are seeing signs of a rhyme with 2008 for the greater economy. Fortunately, real estate is starting to beat to a different drum and should perform much better than 2020. Ironically real estate led us into the last recession, in 2020 it looks like real estate could be one of the main horses that lead us out of this crisis.