Why Investing in Single-Family Rentals is ‘A Good Bet’ 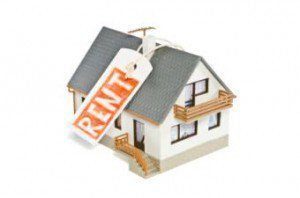 Lenders are looking to cash in on demand for larger living spaces and investors’ optimistic attitude toward suburban living, according to a Bloomberg report.

In the aftermath of the foreclosure crisis, Tom Byce, helped to build a single-family rental business. In 2018 he started a new venture called ResiBuilt, which helps institutional investors buy, repair, and manage rental houses.

ResiBuilt Homes was supposed to raise $250 million to develop single-family rental communities, but the deal was scuttled in March after the Covid-19 pandemic brought the U.S. economy to a halt, Bloomberg recently reported.

The corporation is raising money again, seeking almost five times the original amount, Bloomberg reports. Working with a New York investment bank his company is trying to raise $400 million in equity and $800 million in debt to build and manage rental houses as it looks to capitalize on demand for larger living spaces and investor appetite for ways to bet on the suburbs.

“We were already seeing both boomers and millennials move to rental communities because they wanted more room and a low-maintenance lifestyle,” Byce told Bloomberg. “Covid has accelerated the shifts that were already happening.”

Originally the company intended to recapitalize the company’s development pipeline and fund construction of 1,500 homes. Instead, it sold 600 houses for more than $150 million and landed on a more ambitious strategy, according to Bloomberg. “Now, it plans to build roughly 5,000 homes, targeting renters who want properties with three or four bedrooms and two-car garages at rents of about $1,850 a month.”

The bigger picture here, Bloomberg reports, is that the single-family business has become a popular bet in the COVID-19 era. “Publicly traded rental-home landlords have reported stronger occupancy and collection rates than their apartment-owning peers, reaping outsized stock market gains,” according to the news outlet, which added supportive data comparing shares purchased in Invitation Homes, the largest single family rental landlord (80% increase since March 23) to its Bloomberg index of apartment owners (20% increase in same period).

Bloomberg reports that “private capital is also chasing the asset class, responding to growing consumer demand as well as the reality that the pandemic has made it more difficult to invest in traditional assets like shopping malls, hotels and office buildings.”

To back this up, the reporter adds that, “in the months since the virus spread to the U.S., JPMorgan Chase & Co.’s asset management arm increased the size of a joint venture with American Homes 4 Rent, and Brookfield Asset Management Inc. got into the space with a $300 million fund. Most recently, Blackstone Group Inc. took a minority stake in Tricon Residential Inc.”

While investing in suburban living looks like a good bet, it remains a bet, risks and all, analysts said.

“While there are reasons to think the shift to the suburbs has legs, high unemployment rates will eventually translate into more missed rent payments, and urban exiles could return to cities as the pandemic recedes,” Bloomberg reported.

“That’s what makes it an interesting time to decide whether to double down,” said Jeffrey Langbaum, an analyst at Bloomberg Intelligence.